do I always root for underdogs?

It's a curious thing.  I finally pick up a really nice lens, then begin speculating about the next one.  I'll consider many factors, some which strike the average shooter as mildly to wildly irrelevant - and then overlook the most popular option while straining to find that ideal-for-me lens.

Oddly enough, one of the remaining items is a lens that has received constant praise for at least five years: Tamron's 17-50 f/2.8.  I've tried everything I can afford in that range except this lens (and the newer Sigma 17-50 that zooms 'backwards').  I've read about the excellent image quality, the field curvature that affects wide shots at fast apertures, the fact that over half the owners use the term 'workhorse' - yet I always grabbed another DA16-45 or 18-55 when the need arose.

The Tamrons are now below $250 fairly often on the used market, just above the DA16-45.  It has every feature I'd like except weather seals: range, speed, price, even matching zoom twist!  It does not have silent focus like the Sigma HSM and the DA*16-50 HSM, or the DC-motorized 20-40Ltd or 18-50RE.. bummer.  Is it worth paying quite a bit more for the first two, or essentially matching the 18-55wr for more money?

So the 20-40WR is about 3x this price, the Sigmas 2x and only the Tamron (used)  can stay with it - less range but f/2.8 speed.  Thanks to the well-noted SDM fears the DA17-70 might even be the ultimate underdog of this lens type!  It's the lowest-rated DA zoom at PKForums other than the almost-free original version of the kit 18-55, mostly for SDM and other focus breakdowns.

Two questions remain: did their reconditioning solve anything SDM-wise, we wonders?  And is $230 too much for a manual-focus lens not labeled "Samyang"?

DA-star, that is.  My first star has arrived - likely my only one for some time, though times change.

The * lenses are Pentax' headline, pro-caliber lenses; DA* for aps-c sensors while FA* is for 36×24 types.  The 50-135mm f/2.8 arrived yesterday, but it came to the house while were were away - so I've just picked it up today.  I parked across the street from the Post Office at the central Longview city park for a few tests against the 55-300mm set at 55 and 100mm and f/4.  I have not compared the images yet, but images from the DA* have an oh-my factor that cannot be ignored.  Images do indeed look 'primal' even if just on the K-r rear screen at moderate zoom.  The DAL 55-300 is no slouch optically so side-by-side checks will be fun.

As to mass, the 50-135 is a fairly bulky lens, similar in length to the 55-300 but considerably thicker and more dense.  Larger and more pieces of glass will do that.  It's not so bad that it will stay behind on hikes, but it does have that 55-300 to compete with!  The lack of WR on my copy of the latter does suggest that the DA* is a fine choice for outdoor travels despite the extra 350 grams.

I'm contemplating a future where a 1.5x teleconverter makes this a longer f/4 lens; probably not the worst idea I've had.  Not yet though!!

stop dreaming by the computer!!

Well, today I bought one of the big ones.  Ooops!
Dreams run on their own schedule.

My sanity would be less in question from my reader were I to simply erase the entire "simplify" blog entry! In truth though, the price I just paid a working DA* 50-135 may never go lower (it might of course, but not by much).  I can sell or return a few recent acquisitions for nearly an even swap, so it's not a financial pain.

It's quite embarrassing that I allowed this deal to catch my attention though, right after saying "Time Out! Simplify!" to the world - but I'll forgive myself this once.  It makes me wonder, though - how long before I sheepishly announce that I've acquired an HD 20-40 or DA 14/15 prime••, and forgive myself again? 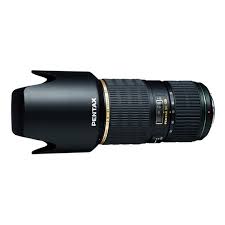 This lens has pestered me (and many Pentaxians) for years.  At f2.8 through its range, it is the 70-200mm equivalent for DA users.  Bulky yes, at 765 grams it's not my ideal - but it replaces many other lenses in a useful range and is weather sealed.  And when compared to a true 70-200mm f2.8 lens it's quite small!

I owned its cousin (Sigma's 50-150) for a brief time and quickly learned to tolerate the extra bulk in return for hi-IQ results, so I expect I to like this lens a lot!  It may even be the One Lens to Rule the kit, which would diminish any efforts to tweak what's in the bag.  That would be quite excellent since my efforts truly need to diminish!

The one concern for DA* lenses is the SDM motor, which has been deemed unreliable by many - especially if the lens isn't exercised regularly.  The seller pointed out that this copy had been sluggish recently, an ominous sign; given the discounted price I shall cross my fingers and I expect that we'll get along fine.  Pentax claims its repair rate is comparable to other brands, so it could be the owners of malfunctioning DA*s are just really good at spreading the word.

This definitely changes plans for my collection of classic teleprimes and also the 18-200 for kit simplification.  It was a great idea but trumped by poor timing.

My Updated updated set will be:

•• It's possible that I have acquired three of the dream foursome already; I will hear from Adorama soon about whether they have set aside their used, slightly-damaged DA14 that I sought to acquire in trade!  I never heard back from them but it vanished from their website.  Again an amazing deal - yet again, why am I looking in places where these deals can snare me?!?

And so I shall try.

A nice copy of the 18-200 Sigma caught my attention, a PGE lens I have known since 2009 in Quantaray disguise and Alpha mount.  It was essentially my only lens on the Sierra hike and allowed me to zoom in on coyotes across the valley.  At $120 it can replace every prime, though with far slower light collection; is that a really big deal right now though?  Later, yes - but not now.  For longer shots and to replace the outbound 100-300mm, I won a bid for yet another famous  PGE lens, the Pentax DA-L 55-300.  I also picked up  an old Sigma 50/2.8, a true 1:1 macro, with 'A' contacts; I bid lower than the asking price and despite crossing my fingers.. the seller said OK.  However this clinches it: no more bids or offers!  I lost two other bids over the past week - and I feel just fine about that!


The next step was contacting Adorama to offer a blockbuster trade of fairly fast primes and a few seldom-used zooms in K and NX mounts and my lone MD/NX hybrid, the Rexatar 200/3.3.  I shall miss several of these, but not enough to rend my garments.

So the Lucky 7 are

a gathering of smc-M teles

Once again I forgot the age-old rule of lens buying: seek and your shall find.  Many have used that quote over the years for purposes beyond camera gear, so it's true in many areas of life!

We on earth can be a greedy bunch.

My dad has taken the leap of faith and reached Heaven, at the age of 95 years and a month.  Married for over 70 years, his health failed at the end - and yet  we still expected to see him rally and spend a little more time with us!  His last week was uncomfortable though, and when pneumonia caught him it was too much to bear.  Three of my siblings prayed him onward after I had taken our exhausted mom back home for the night.

What a guy!  And what a life filled with wonderful memories, friends and family (five children, nine grandkids, and twelve more in the next generation!).  He touched so many people, including complete strangers - especially if a baby or dog was involved.  We'll never see the likes of him again. 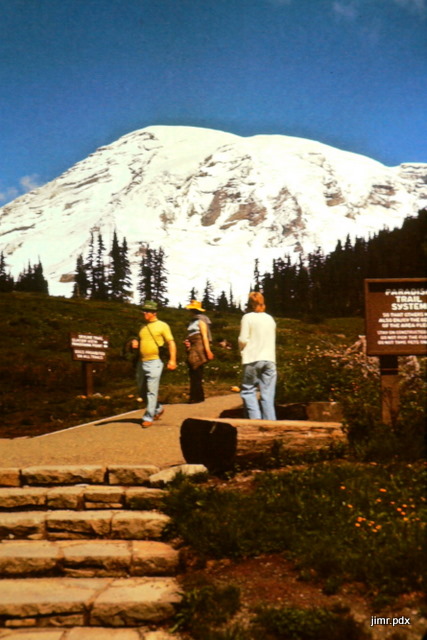 Some perspective on Dad's life!
Thanks for everything, dad!