A bit more clarity on the arriving gear for 2017 - hopefully it will still be around next Christmas! 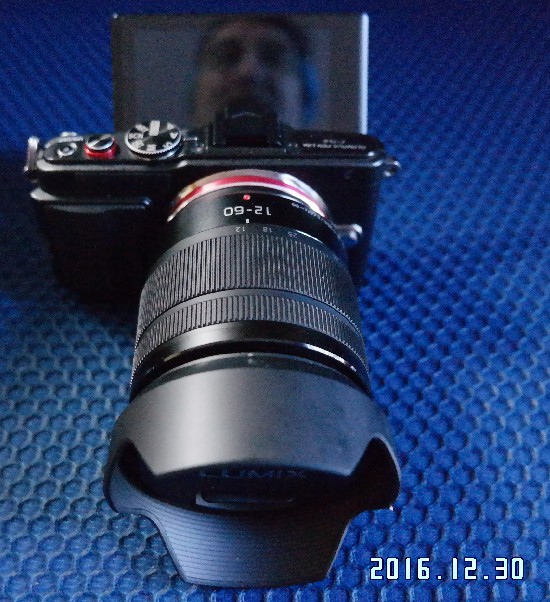 
Coming at some point - probably 20mm Lumix, 60mm Sigma and a (hopefully) sealed (Lumix) body - though an EM5 or EM1 would serve quite well.

I feel like I'm off to a pretty good start.

The Pentax gear is (again) nearly gone,  a victim of yet another budget crisis. The home refinance was deferred to January, though we'll see how long that promise holds. At least we're scheduled for the home appraisal visit next week - assuming the snow melts like forecasts have implied.. unlike the 4" that was forecast at 1" max last Thursday, which still awaits a gentle melt!

We've been wading through snow in the Fiat 500 while I attempted to fix the 4wd SporTrac in our garage. My fixes were insufficient so into the shop it went; it broke down on the way ($85 towing bill) and won't come out of the shop until its bail is posted. It seems a major timing-chain malfunction is causing the rattle, which means the engine must be pulled. Ouch.

So the K-5 and several lenses have left the building, leaving the two NX300 bodies and a few good NX lenses. The next plan is in place mentally but only part one is underway. 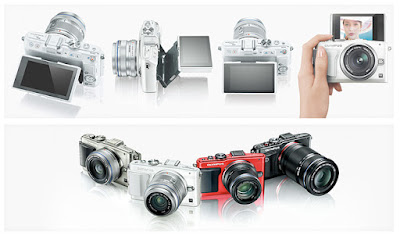 I'm going µ4:3 again with a used Olympus EPL6 body.
I don't even know which color I'm getting, Adorama hadn't posted an image (Update: it's all black, with shiny red trim!). It has almost all I seek in a camera except weather protection:  a great Sony 16Mpx sensor, tipping touchscreen, small size and interval timing for stills and video. It also uses a spare battery I have around from earlier bodies, and with adapter it can take the 14-42 and 35macro from the E500 kit. I also have adapters for the remaining K-mount (Quantaray) lenses, and even a telescope adapter!  That will do for part one.

Next up: a Lumix 12-60mm lens. It's been tested out as a .. 'decent' lens. Very nice in some things, indifferent for edge sharpness and generally at the longer end. But it's splashproof (useful for part three!) and at 24-120mme it can do most everything I would tend to do. They are planning a faster Leica version of this lens, but the budget and I don't really care: small and splashproof wins over speed and brand-name cachet. Owners are quite happy with the current one, so no doubt I will be too.

Part three is a while off, and could be a sealed GX8 or a smaller but not-sealed GX85.. or an EM5 Classic can fill in as the foul-weather camera if funds stay tight. Hey I have a spare battery for that one too!