the crack in µ43's armor

The one disheartening issue in my tests of µ43 kit lenses stood out: the poor flare control when shooting into sunlight. I'd seen it before in the occasional shot, and it was clearly an issue for the three kit lenses that I tested. 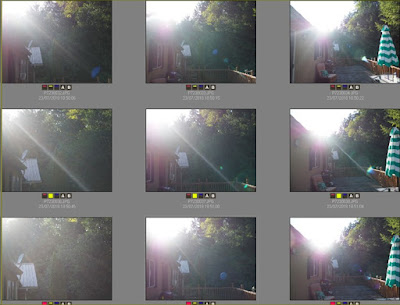 This is on a camera that autocorrects many issues that are inherent in electronic lenses, such as distortion and chromatic issues. I have no doubt that the more expensive lenses do not have the kit lens problems that I see here -- however I am not at financial liberty to explore those better options. For my budget I can only manage what the lenses above can give me, unless a 14mm Lumix and something in the 17-20mm range become available on a fire sale.

Let's look at the K-50 and its $75 kit lens as a comparison. Taken on a different day but as the sun sank low into the same batch of trees. 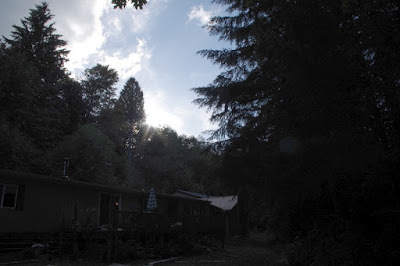 Some issues are visible but nothing like what the µ43 lenses show. The DA18-55wr also has weather seals and a closer close focus of about 0.34x compared to 0.25x on the Oly 14-42ez. And the camera has no correction settings enabled for distortion or chromatics.

I suppose the next thing to check is how the 18-55 looks when adapted to the GX1 or EM10b. That would disable all autocorrections and let the game be played on the level. We'll see if I can get to that.

Clearly I'm a Nikon fan-boy, it's obvious after that last post. The Canon R mirrorless system has been out for over a week and I've been silent about it.

While I'm here I should pump the mythical Panasonic 'full frame' mirrorless camera, which won't be available until spring - how's that for showing my true colours?

Ah but what about my kit? Glad you didn't ask.
It may change soon, how's that for news?