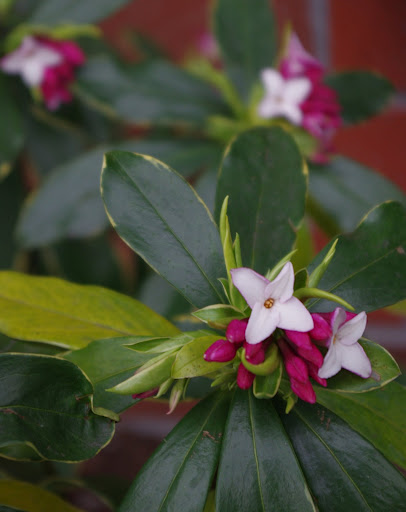 The daphne are beginning to open up - the most telling fragrance of spring to me, as it is among the earliest to catch the nose. We had one all my life in our front yard, and that fragrance was always a wonder in the waning of winter. We're actually hitting a very cool stretch here this year, with 'white rain' (wet snowflakes) falling - but it cannot stop time, nor stop the aroma.

Curiously enough, I believe the daphne in my folks' yard died out in the past year or so; the last I looked no sign could be seen of it. After fifty years and more, I suppose a plant can do that! 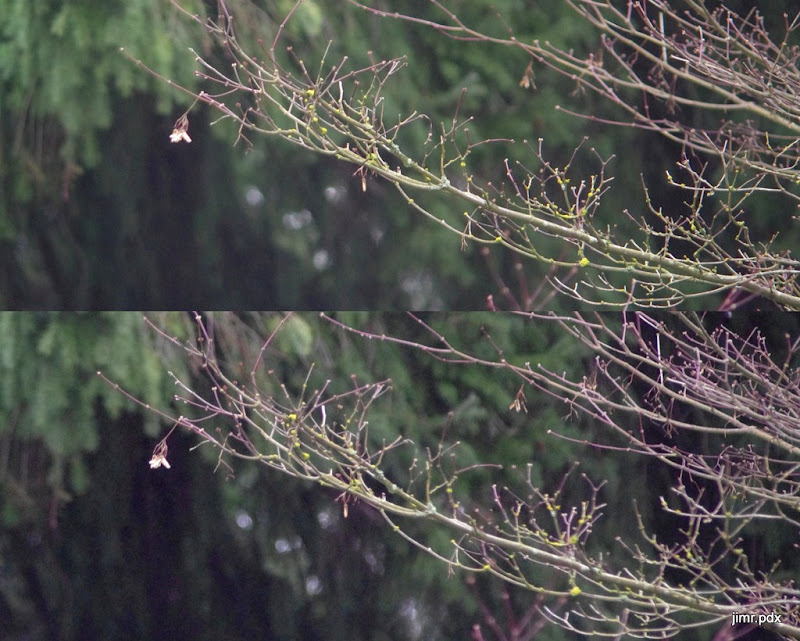 These were not shot as controlled images and I could have done much better for making them both sharper and closer to identical (e.g. fixed ISO and a tripod). They are also substantially cropped to show the area of most-critical detail; crops were in the same portion of the image field, I didn't cheat and put one on the frame's edge!  So they are not intended to be rigorous, simply what-if one-off hand-held shots to see how they compared. Aren't hyphens fun?  Let's face it: I do not spend my life going around taking test shots; I will grab the camera and get the shot on the fly, and that's what I want to test.  Both used center-weight metering so that matched well - though at f/5 vs f/4 I expected the DA image to be a bit darker.

Given all that, I can only say they compare quite well. In both cases, great isolation on the lonely seed-case, nice background blur, and decent branch detail. A slight color shift, no surprise even with flat grey lighting, as 20 years has seen great changes in lens coatings. Hard to pretend you cannot see which image is which; ISO3200 is great with the K-5 but it isn't an invisible process.

I was not expecting this.

I decided that it would be fun to have an image of the K-5 off kilter, so that I could extract a diagonal image of the Pentax and K-5 logos on a narrow strip image. I took a few shots and brought them onto my computer screen. 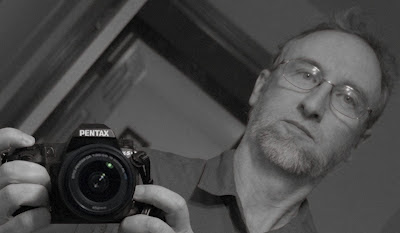 This is what I got. Wait a moment - the camera is perfectly level, I am what's tilted.. and the walls, doorframe, the rest of the universe! The  K-5 orientation sensor is really, really good! For amusement I used Picasa to filter it as a B&W image then used their newer 'neon' filter to add some (yes, very subtle) Pentax-red highlights. Strangely enough, I have to leave Picasa to reverse the mirror-image photo.. I thought all graphics software made since 1980 had the flip routines.


Like so much with the K-5, I expect I can control this - and some day I'll see how.  Since software can rotate a degree at a time it isn't important enough to spend an afternoon on it. 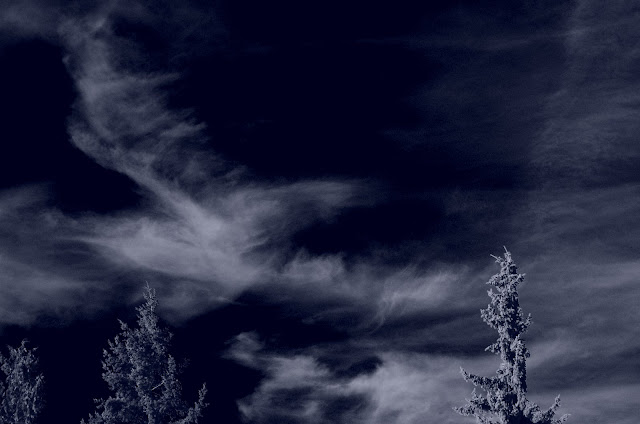 The K-5 has so many features to grow with that it could take a year's full efforts to try them all. Multiple exposures, pre-focus "catch-in" images, time-lapse shots.. and plenty of filtering options. Convert to monochrome and you can choose tone, color-filter effects, hi/low key, and the one shown here that mimics an Infrared (IR) filter. It's a curious effect, and quite strong so that images that look rather ordinary through the viewfinder take on a new drama. This wasn't anything in particular, just cirrus in front of fir trees after all - but I really like the effect! 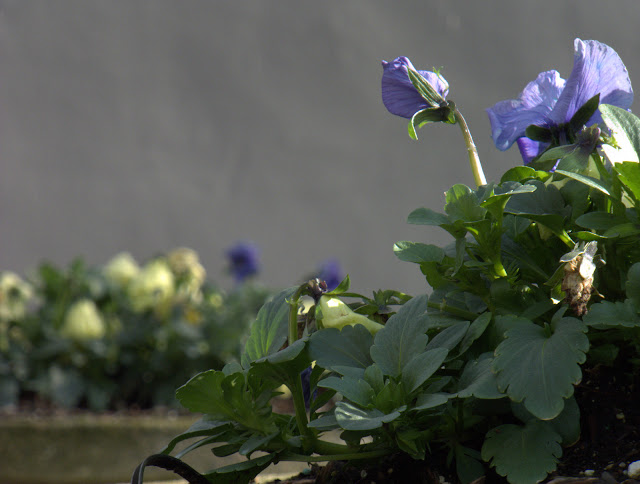 While I have generally been quite happy with the little Fuji, it has caught me twice by battery stoppages. I keep a spare in my vest pocket, yet every now and then I take the camera but leave the vest at home. Twice now that has happened, and it's very frustrating. I took a long walk with the camera yesterday, and had a fine time taking pictures of the city and this fine set of pansies - but today I missed a great sunrise when the camera failed to wake up. Drat.

This image is directly from raw; the jpeg blew out the far-right blue bloom. Other than resize this has not been processed.