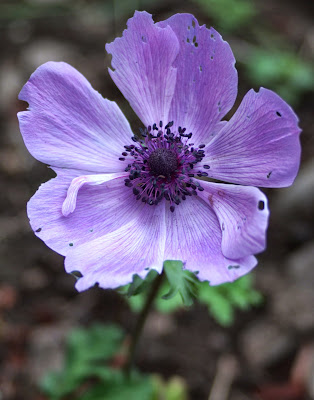 Tests were not precise: hand-held and manual focus at the widest apertures, since they will all be fine at f/5.6 anyway.  All were shot with auto ISO and WB, and as DNG raw files with the K-01; no processing other than posting from Picasa so its raw defaults are shown here.

Depth of field was an issue with the f/2 primes, as the center of the bud and the pollen stems are not a match with the petals.  Anyway, in this case the no-surprise winner was the DA40 Limited, which loses a stop to the f/2s but is a modern optical marvel and a mechanical throwback with its all-metal construction.  Second* would go to the 28-90 macro; this lens dares to perform well despite its bargain-bin price of $35-50 most of the time.  If you hit the first Ritz closeout it was under $10, which is what I paid to go with my Sony Alpha A200!

The two 50mm primes did pretty well but contrast was down a bit, likely from their older coatings.  The 50-200 has a fairly long minimum focus that is better suited for flower shots above 100mm.  Still, the image is decently sharp with great color & contrast.

I've tried the DA40 with a bargain +1 and +2 closeup filter attachment, and while this brings one closer the images are just not the same.  Sure your DoF is razor thin, but it just looks less saturated and less amazing.  No doubt a $100 closeup filter would outperform a $10 one, but we use what we have not what we might consider.  The DA40 Limited does excellent work and can get pretty close, and for me that'll do. 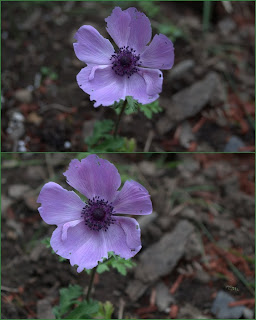 * Update: the DA16-45 is quite good also; exposure was a little brighter but the time of day was different.  Sharpness and bokeh are pretty similar on this shot.  And I got a bee-fly in the scene (lower right), that's pretty cool!

I currently own prime lenses that cover 15 to 70mm, and I also cover 16-300mm with three relative-bargain zooms.  When funds are really tight as they are now, trading is all I have to work with - and it is not to be done carelessly.  No doubt a 100mm prime is a fine idea (hey wait didn't I just sell one? o yeah), but letting go of something else on the list isn't wise.  The 15mm fisheye is the most expendable, but not at a fire-sale price  unless the budget is such that I cannot afford to keep it.  For now it can stay at a price that will not hurt too much to part with.

This month's bit of cash went to a set of 49mm filters; time to stop adapting 52mm filters since I have but one matching lens but four that take 49s.  In the past I had the opposite setup, and I somehow failed to send off those filters as the lenses were sold.

Maybe in a few months a manual-focus 100mm is in the cards - but I must shop warily!

the hidden cost of lens-switching

I find that my kit no longer needs 52mm and 58mm filters.  How odd, as a few months ago I needed nothing other than those!  That was partly thanks to a 49-52 and 55-58 step rings.  Now everything is 49 and 67mm with a few stray 55s, so as a result many of my filters will be on the block now.  And it turns out I have more than one of some of them, such as two 58mm cPolarizers - that could use an explanation...