It's sad to see so many companies disappearing in my lifetime, let alone in two years. My folks likely had such times, but never in mine. While Ritz isn't going the way of Circuit City, their closing of several branches has made some camera gear available at very low prices. I visited the one nearby shop that will close about a month ago, and they had nothing noteworthy for a Sony/Minolta dSLR. Last week I stopped in again - and only Sony and Pentax lenses were still in stock! I left the 70-300 on the shelf but picked up an 18-200 and a 28-90 'macro' lens for less than $160 combined. That will probably force me to shuffle my lineup a bit, but in the end money will go back into my bank account with these bargains - that's pretty rare for me in the camera biz! Let's face it, a new lens is like Christmas even if it's similar to something you already have. I hope to learn a few things about the 18-200 over the holiday weekend, and post shots to Picasa soon.

Tossing in some images on May 17 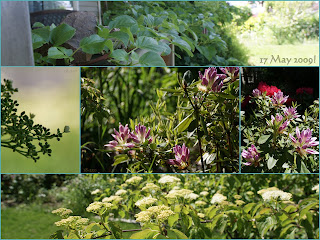 A group of imagers at DPReview chose Sunday as the day for everyone to submit images. It turned out I was homebound for most of the day, so here's a collage of images from my yard. Most of them were with the Tamron SP14, but two with the 18-250 are in here too. 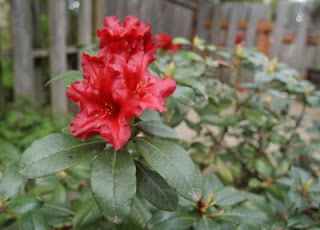 Well, after a lot of online and off-line shopping for a sub-18mm lens, a deal finally came to me. CameraWorld lowered the price on the Tamron SP 14mm f/2.8 into my budget. I had looked at this lens before and been impressed, though I wish it were lighter; for the price I paid I can manage the weight. My first tests show a touch of back focus when up close in low light, so I need to watch out for that - and the extreme field of view can catch flares off the sun at surprising angles. In any case, it's very well put together and will capture some unique views.