Images - indoor
I shot indoors with three subjects about 10 inches apart front-back. I shot at widest and longest FLs only. I didn't race through the shots, yet by feel the II was the faster to focus with the other two close behind. Shot centered on closest object then kept focus the same and shot it at the edge of frame. Next shot was focused on furthest object. Final shot focused on intermediate object. Four shots for each lens at 14(12)mm and four at 42(32)mm.

Images - torture test (extreme)
Shot into the setting sun with no hoods.. oops the 14-42 was hooded! See why I hate doing this?
Once fully zoomed in, one intermediate, one wide.
For 14-42EZ I couldn't tell where 'intermediate' was - so I shot two of them (since then I've learned where the focal length is shown on the viewfinder). 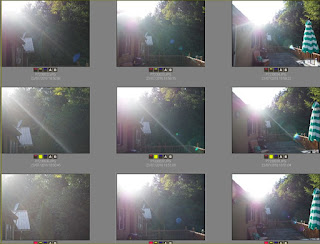 No clear winner. Each did a fine job and all similarly sharp with nice bokeh. This test did not seek decentering or other errors, just what was sharp and how things weren't.

Torture images - my evaluation
As shown here, also no clear winner: every image was awful! Clearly this test was too tortuous. The hood on the II did not affect the results so re-shooting with that lens was unnecessary.

The Olympus bodies allow you to choose which direction to focus but not which to zoom; that's a shame as otherwise the EZ would likely be my top choice. So far though the II is my favorite.


Next Up: A less-challenging outdoor scene to better evaluate focus across the frame + any fringing issues. I expect the camera autocorrects a lot of fringing though. We'll see about that!


Note - the mZuiko EZ works fine on my GX1, but no stabilization is available with that pair.

Three points I make incessantly as Vital to me are weather seals, image stabilization and convenience. Pentax is most familiar to me, has sealed gear in my price range and ibis always. In order to keep up via µ43, I'd need a newer =rather expensive Lumix or an EM1/EM5 camera. The EM5 did not suit me like the em10 had, but buying that would mean one Vital item was lost. I would gain live bulb and live composite which sound cool.

A lower price Lumix option was a G7 with 4k video. That model has many features from the GX7,  which I mostly liked. The g7 was down two Vitals though, which really spoiled its otherwise fine spec sheet. I keep pretending that video is important, though so far it's been a happy afterthought that gets little use; having 4k video is even more of an abstract joy that both interests me and repels me, as computer upgrades would be nearly as expensive as a new-lens habit.

The GX7 still had its fine points, especially EV-4 'Starlight AF', nice setup options and other niceties like in-body IS.. and only misses seals for its Vital list. The price was higher now however, thanks to new µ43 being priced much higher and keeping used gear high as a result. Buying an EM10 mk2 would be priced similarly to a GX7 with better stabilization and those 'live' options - but less flexible video. Hm, video again, still not a strong justification right now.

My wandering struck a good deal at last - yes it's another black GX7. The price is very good (as is its condition). I liked it once, then less so the second time for no clear reason. Third time = charm? Hm.


But wait - there's more!
While awaiting the arrival of the GX7 I had a chat with a Canadian em10.ii seller. Her price is only about $35 more than my GX7 bargain price! Better sensor, better stabilization, better eVF, decent enough (and stabilized) video, not-quite-as-good AF, bizarre menus. Something new to consider.. how 'nice'.

After further review and negotiation: I sent the GX7 back and will get the E-M10 Mark ii instead. 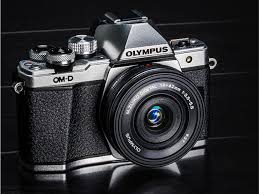 This wasn't all that hard, in fact.
I'd prefer to have two decent µ43 camera bodies, one of each brand. By keeping one of the GX1 bodies I retain the Lumix ergonomics that I'm used to, plus its higher-spec 'hacked' HD/FHD video capabilities. (The eM10b isn't bad on video specs, much better than many Olympi, so it's not a bad thing if it attends events by itself.) The eM10b brings live time +composite shooting, better stabilization for stills and video, peaking for manual focus and a great viewfinder. For now I'm thinking the LVF∙2 finder can be sold with the other GX1 body, as the eM10b will serve best when a viewfinder is important.

I will miss the EV-4 'starlight AF' of the GX7, but for other features the eM10b simply has too much good stuff to disregard.

Another new issue comes up with lenses. The 'new' eM10b will arrive with the Oly 14-42EZ lens. Reviews are uneven, but that's common with kit lenses. In the interim I picked up a Lumix 12-32 for just over $100 - so three kit lenses will be here briefly, one to depart with the GX1. Since my wife has a 14-42ii Lumix with her GF2, the other copy is the most likely to leave. We'll know more after a week of careless tests which will lead to subjective evaluations - like it should be! :^)

And just in case it wasn't clear before - the K50 must go.
Believe that at your own risk, clearly you're new here..

I went to a baseball game with GX1 and K-50 cameras and reasonable telephoto choices. Both took decent photos but the K-50 was easier to set up to shoot past the chain-link fence; I suspect that greater Pentax practice is the reason as center-point AF is available on both systems. Even so, I ended up using manual focus and pre-focusing on the base of choice for most of the shots, and either camera can manage that sort of work.

I won't say that I learned anything convincing about either camera. Both did just fine, neither exceptional nor lousy. It's a fact that more modern µ43 systems have improved their AF systems faster than Pentax, but in my budget range the choices are limited in both models. The Olympus E-M1 would have phase-detect points but its price remains consistently above my limits, while Lumix DFD contrast technology is a bit closer to my budget. If a true deal appears I could be swayed.. perhaps?

I am once again standing with a foot in both systems, with neither foot firmly settled.
Sure wish I'd get past this position..