processing inside the K-5

A few weeks back the sun broke out, creating a nice spotlight effect on downtown Portland. I took this picture despite being forced to shoot through the office window, which was originally tinted but now also has a film coating as well; this effective destroys color balance and sharpness and makes most images curious throwaways. At least I managed not to get reflections of the interior lights, which look like UFOs in many other shots! 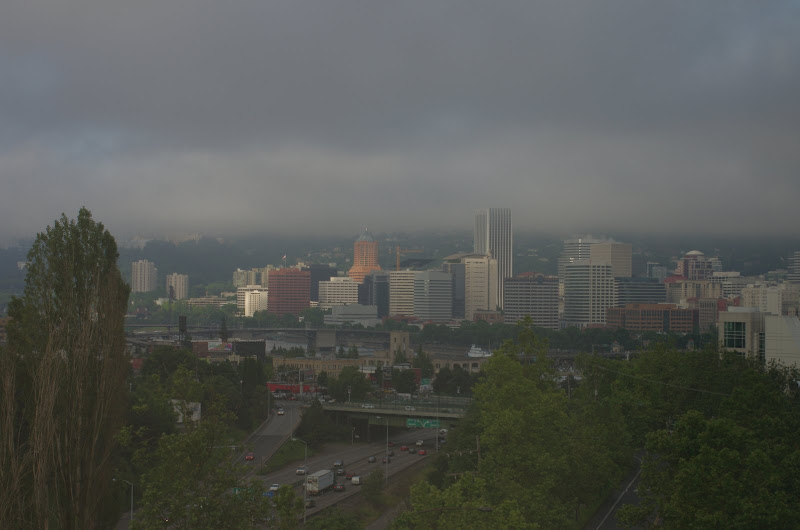 I decided to process the shot within the K-5, to see just what I could come up with.

Step 1 was cropping to 16x9, to remove the lower clutter that wasn't sharp enough to provide any value. I then shifted the color a bit and tried the lowest-setting HDR effect. I think I left the 'retro' filter on too, but I tried & discarded several filters before finally saving the image.

The result is dark portions that are too dark, but it's a far better image than the original.
The damage from that awful window-glass is almost gone! 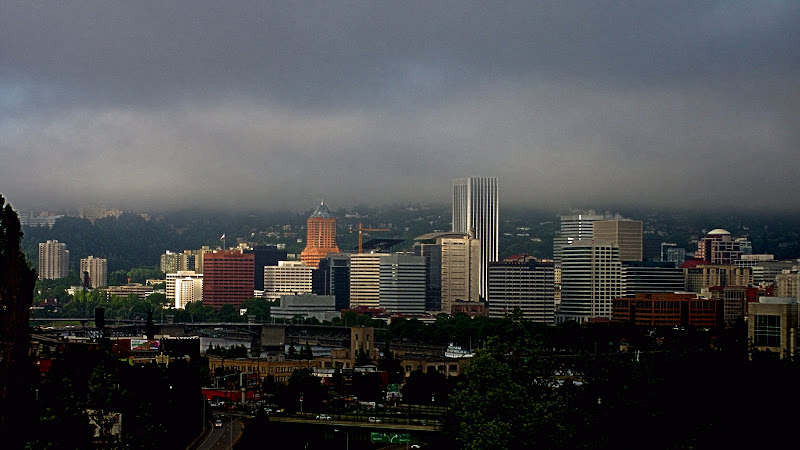 So the K-5 is not a complete darkroom by any means, but it's not bad at all.

two weeks later, another spot on the sun!


This time it's Venus masquerading (quite poorly) as a sunspot.
Of course the moon did an even poorer job of it! 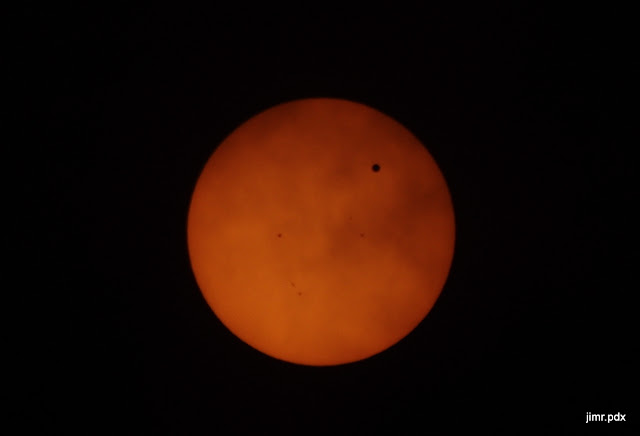 I watched Mercury do this ten years and more ago, so it's nice to complete the group.  Now all the major items that pass in front of the sun have been seen: Moon, Merc and Venus - other than the occasional rogue micro-planet or comet that's it.  I won't be holding my breath for any of those, but who knows what future sights are in store for us?