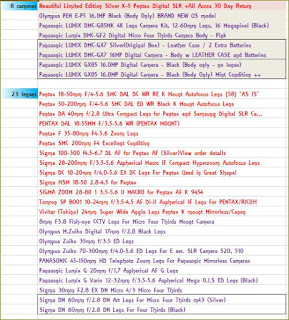 I found a spot on eBay where one can look back on purchases back to Jan 2017. By searching, copy/pasting and sorting I rediscover an ugly truth: in less than three years I bought eight cameras, 23 lenses and 14 accessories e.g. usb chargers and a travel tripod. The list includes two GX7 and two GX85 bodies, and two Sigma 60/2.8 lenses. That's sloppy thinking and incredibly indecisive - and of course shamefully cash-foolish. Of the 31 bodies and optics less than a dozen reside here now - and that's still too many.

I am choosing not to investigate the camera forum buy/sell chat-lists, where I fear as many or more purchases might be revealed..

I resolve, yet again, to do better.

time for a change

So here's my online activity in the recent past -

None of this brings me joy. Taking pictures within 100 feet of my living room doesn't do much for me. Accumulating nice gear then selling it for the next large life-expense steals the joy of ownership. Having no expectations of a fun new place to shoot makes the same subjects tedious - even if our local cats are cute.

I feel that my burnout time is fast approaching.
If true I shan't complain, as I spend waaay too much time at these places. It piles on my previous life-rant, where time in standby-assist mode is getting wasted on deep trivia, mostly related to imaging and gear.

It's truly time for a change.

This blog will now go from confessional to cheap-seat talk.
Better yet: a new blog!

See granitix2.blogspot.com ("Moldbreaker") for a clean start.
over and out 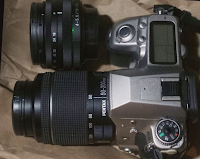 I like my camera gear to be small. Cheap and incredibly talented is nice too.. but let's not get greedy. Well one can be greedy.. with the right gear. 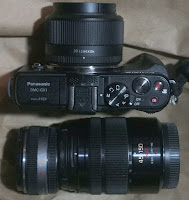 Maybe I meant the GX1 kit? With 14/2.5, 30/2.8 and 45-150mm zoom it stays small & does many things well. The 4:3 sensor does not show off to K-5 level but it's a fine 16Mpxl sensor. Its video specs definitely outperform the Pentax; it was hacked to produce 36MB/sec video with better audio too.  It could be set higher still, but then the camera cannot play back the video :( 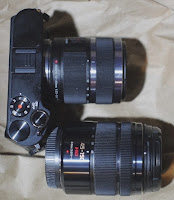 Hm, how were these two small-kit pictures taken? That was done with the YI.M1. Yes it's also my small kit: with 12-40mm XiaoYi and 45-150 Lumix it can manage 24-300mme. It can go to 4k with its video specs and has a nice 20Mpx sensor. It does not 'do' stabilization with my current lenses but is still a talented little camera!


P.S. it should be noted that my wife's GF2 plus 12-32mm Lumix out-smalls all my kits!
It uses older tech but raw images are very nice and for size it is hard to beat. 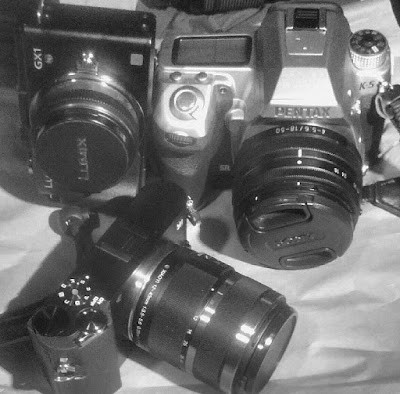 just saved a bunch of money..

And it has nothing to do with car insurance :^| 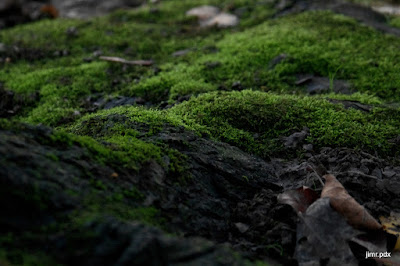 I've used numerous copies of the 50-200 - in fact I believe my first copy came as a swap for my first copy of the 55-300mm lens. I've tried both DA and DA∙L copies, both WR - and strangely enough the L version (composite mount, no quick-shift focus) has provided consistently preferable images! In any case I have preferred the overall results from the 50-200 over the 55-300, whose slower focus and less-consistent bokeh are drawbacks. OK I also admit to greatly preferring the shorter lens' bulk.

The image here is with an early copy of the DA 50-200wr on a K-7. I dropped the exposure deliberately, because it's my photo and I can do what I choose with it.

That seems to be a good bias for the K-5 autofocus system with my recently-(re)acquired Sigma 100-300 'slowpoke' tele-zoom.

Yes I own one of those again - but this time in silver to match the K-5 Special. A few quick tests and application of +3 AF adjustment for this lens only, and results look better than before. Yay!

Speaking of Sigma - today they announced their first L-mount body. It's tiny, cubic and using a Bayer RGB filter array (i.e. Not Foveon) so it's an unusual Sigma camera in many respects. We shall see how it fares once price and performance are fully set.

The weather-sealed K-5 demands at least one WR lens for foul weather. On a kit-lens budget that has always meant an 18-55 or 50-200mm as a staple; later the 55-300mm caught up with a HD/WR version. All of them have performed well for me at one time or another.

Initial gear reviewers emphasized the flimsiness of the RE design. Too much 'plastic', wobble in the front-element extension, and so on. Just the sort of things that can go wrong with an "as-is" lens? As it traveled toward me here on the wrong coast I chose to look at user reviews ..and I was surprised by its rating, which was on average comfortably higher than the 18-55. People really do like this version - users not reviewers - and my hopes went up that my incoming copy would be better than 'as-is'. 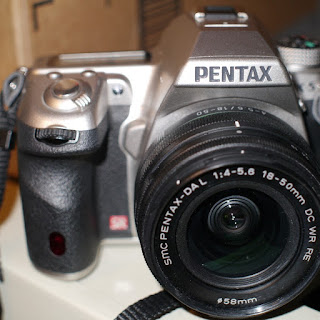 That 'as-is' disclaimer was quite pessimistic; I expected issues with AF, zoom/retraction mechanism or ..well, something. I have found no issues that limit its full capabilities. Hooray!


So I have a silent-focus WR lens that fits snugly against an equally-WR body. Nice! That saves me plenty of concern about the short end of the focal range (no 17-50 or 17-70 types need apply). It does make the 70 Limited more useful than a DA21, and beyond that the smc-M 100mm and 200mm can take over when the slowpoke Sigma 100-300 isn't the right choice. Sure the 18-50 is pretty slow in the aperture dept. but if that's its only 'issue' I can live with it.

Too bad it doesn't come in silver..

the danger of looking back

Aside from becoming a pillar of salt..

I was reviewing some older images (Pentax, of course) and to my horror it got me to thinking. The enjoyment of photography and the benefits of 24x18 sensors is valuable to me!

I've commented before on the distinct difference between dSLR imaging and modern mirrorless cameras. Here are some of them /the short version/.


So off I went again, for the last time. Sure.

My first stop was shopgoodwill, where several Minolta A-mount deals were within reach for absurd prices. I bid on a Sony A100 and Maxxi 35-70/4 and 50/1.8 - for a total of about $50. Those were outbid, though amazingly not by much. 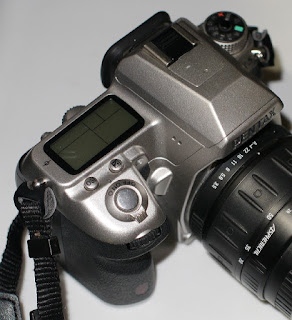 In the meantime I looked over various Pentax listings for a decent K-5, K-5ii or similar. I found a K200d in silver - I had no idea that they were made in silver!! - but it wasn't cheap compared to the black bodies. A seller had a K-5 available (black of course) and I sent along a note, which sat without response for a few days.

Now of course I need a silver lens. Maybe two.

Update: re-integrating the K-5 into my shooting
I'm surprised at what I remember, and what I don't. I used a K-50 most recently so it will take a bit of muscle retraining to get the buttons right again. At first blush I miss the touch-screen, love the optical view, and cannot tell the grip is different*. I do believe the shutter sound is slightly quieter than my non-Special K-5 bodies; it's a well-muffled click. Cool. 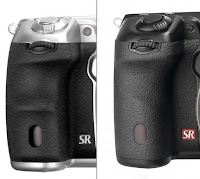 * and now I know why. According to PentaxForums the Silver Special was released twice: one with altered grip, and the next year with a silver DA40 xs lens (and apparently the standard grip). My grip is on the right here so not the super-special Special camera! I'm OK with this, but it's nice to know that a good reason exists for my not being able to tell the difference from my previous K-5 bodies.
Hm, I also just noticed my Silver body has the red/silver SR label not silver on black. Interesting!

for the last time II

Today's thinking is that the 14-42 is the better option. The ii has dual-IS for improved stabilization (the 12-60 also has this), and its size and similar feel to the 45-150 is quite nice. I'll admit that cash is another reason, as the 12-60 has better resale value.. sad but true.

Update II - I read in the comments section at a forum site about the YI 12-40mm 'retractable' kit zoom. The writer noted that, with the M1's minimal reprocessing of data, their lenses cannot make use of Pana/Oly's inbuilt corrections of distortion and vignetting and must therefore do more themselves.
Sad but true: the big names use internal post-processing tricks to render an acceptable image (one of my peeves about the μ43 system). One can use alternate software to look at raw images, and many Zuiko/Lumix lenses have seriously silly distortion characteristics.
The point that I left behind is that the 12-40mm xiaoYi zoom does not have those dismal specs to wash away in the camera's after-shot routine - so the lens is built with better corrections to limit those distortions. It may not appear to do as good of a job but in fact it's a better standalone optical setup than even some of the high-grade gear from the Others.
Hadn't thought of that.. and glad it's still here!