The ASUS HD 7 tablet is here! For one who only uses Android on a phone it's quite an update (for iPad users, not) - larger screen, decent resolution + faster updating, and a newer Android version (4.2.?? rutabaga soufflè or some such). I picked the green, which is almost chartreuse but on the green side; presumably it will be hard to misplace, though once a cover goes 'round it matters not. Now I can waste time in any room I please, and not have to rush to the 'office' to look at something stupid or irrelevant online. Yes I do occasionally do something productive on computers, like lots of research on which tablet to buy :^)

Maybe this time my list will last more than two weeks - though rumors are floating now of the 18-70 DA DC WR ETC update.  It was once a DA* 16-85, then DA no*, now of lesser range though decently fast.  I would prefer a 17-85 f/3.5-4.5 DA DC WR myself but we'll see how rumors settle out during the coming weeks.  If this can be had for substantially less than the DA 20-40 DC WR LTD then I am probably in.  I dislike having a lens that stops around 50mm!

so many ways to play

So assume you have a couple of lenses you like, and some you don't.  An easy assumption since nearly every camera user will invent reasons to rework the kit, sometimes on a mere whim or rumor! In any case, how does one go about rearranging the kit, and find true imaging happiness?

Tele
A few shots with the DA50-200 have shown how the primes obliterate this compact lens - but what after that will I be willing to carry?  Actually the Sigma 100-300 can cover that ground for a while despite its relatively slow f/4.5-6.7 aperture, though the HD 55-300WR would be a good option too.  I owned and liked the Sigma 50-150, and the DA* 50-135 does drop into my price range at times.  This is less of a priority so I can punt on telephoto decisions for now - but I'd think a weather-resistant 17-85 + 100-300mm would make a simple and impressive pair most days!

P.S.  The magic worked: I found a used DA40XS for less than the price of a used DA35/2.4!  I did not expect that, but I'll cheerfully take it.  Most reviews say this is an optical clone of the Limited lens without quick shift, but some like it a lot less.  When the time comes it can be sold with my K-01 and bring it back to its original complete and bizarre nature. :^)

I've (re)joined the Android tablet crowd.  My previous venture was not quite a tablet, it was the color Nook; Android beneath, but Barnes and Noble kept that secret well hidden behind their firmware!

Given a tight budget, I was torn between the well-liked Nexus-7 (2012 refurbished) or a 10-inch Asus (closeout); each had something I liked, but neither was quite the right one.  I then searched a review site for the best battery life, and up came the ASUS HD 7 tablet: mostly like the 2012 Nexus-7 but with a memory slot.  That allows me to move a microSD card from camera to tablet.  Other tablet sites were a bit less impressed than the first on one item or another, but the majority agreed that if you must spend less than $200 this was a very good choice.  In fact it sells for under $150, making it a still-better choice!

I chose green but let's face it - that looks like lemon-chartreuse to me.  Well, it's less likely to hide from me in that color! 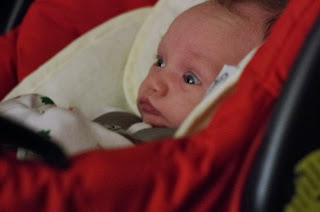 No way can this photo exist.  It was taken in a dark room lit from the hallway, just before my mom's birthday cake with several candles showed up at the other end of a long table.  It was taken one-handed using live view, and the screen showed no detail but the AF-confirm light was lit.  Click.

K-5 ii, 1/13 second & f/3.5 at iso8000 with the DA70mm Limited.  No processing done: this is a small web copy of the original jpeg image.  I will need to calculate the EV value on this one to see how dim that is.
Doesn't really matter though: it can't be done - even with two hands.  Right?